Excitement building up, camera ready, and with nervousness, you clench to your seat.

That’s what it feels like on a ride down the national parks of India.

From sitting amid unpredictable rain forests, jagged valleys, moody deserts, and cheerful plains, the wildlife in India cannot be brought down to one kind.

Which is why, India is counted among the top bio diverse countries in the world.

Taking it from here, I bring forth the list of top national parks in India, where traveling is made simply adventurous. When the name of Ranthambore national park comes up, we all know it was the hunting grounds of the Maharajas. But what’s more? Sprawling over an area of 1300 square kilometers, you would see wildlife lovers waiting for one sight of tigers. Why? Because this tourist attraction in Rajasthan is the best place to spot them.

In addition, you can taste the thrill of adventure on a wonderful holiday on a Golden Triangle Tour with Ranthambore. 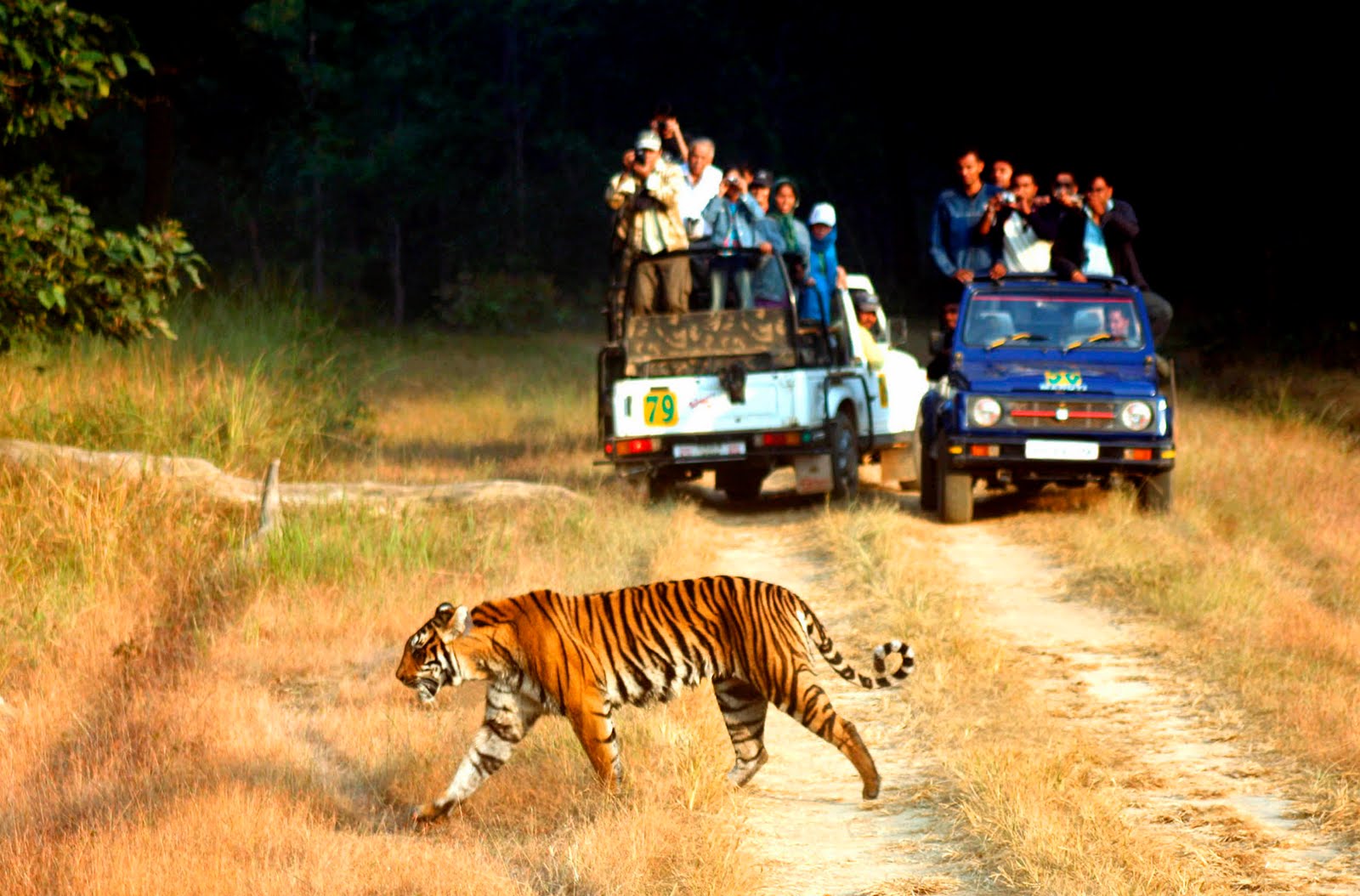 Of all the reasons that you would visit Uttarakhand, Corbett somehow makes it to the top. Owing to the Corbett Tiger Reserve, this famous national park is another great place to sightseeing tigers. Along with that, endemic fish eating crocodile and Otters are other creatures that make it a popular tourist attraction in Uttarakhand.

The moment you get your eyes of the lush greenery of Kanha, the very next you would be stuck on the rich fauna. It is the largest national park in Madhya Pradesh being spread over 1,945 sq. km. Popularly known for sheltering Swamp Deer and tigers, leopards, sloth bear, reptiles, birds, and fishes are some other species found here. Bandhavgarh is another gem of an attraction in Madhya Pradesh. It was in the year 1968 that it was declared a national park. And since then it has been sheltering leopards, highest density of tigers, various species of deer, birds and butterflies. Another great thing about Bandhavgarh is that all the white tigers we see now have somehow their roots here. 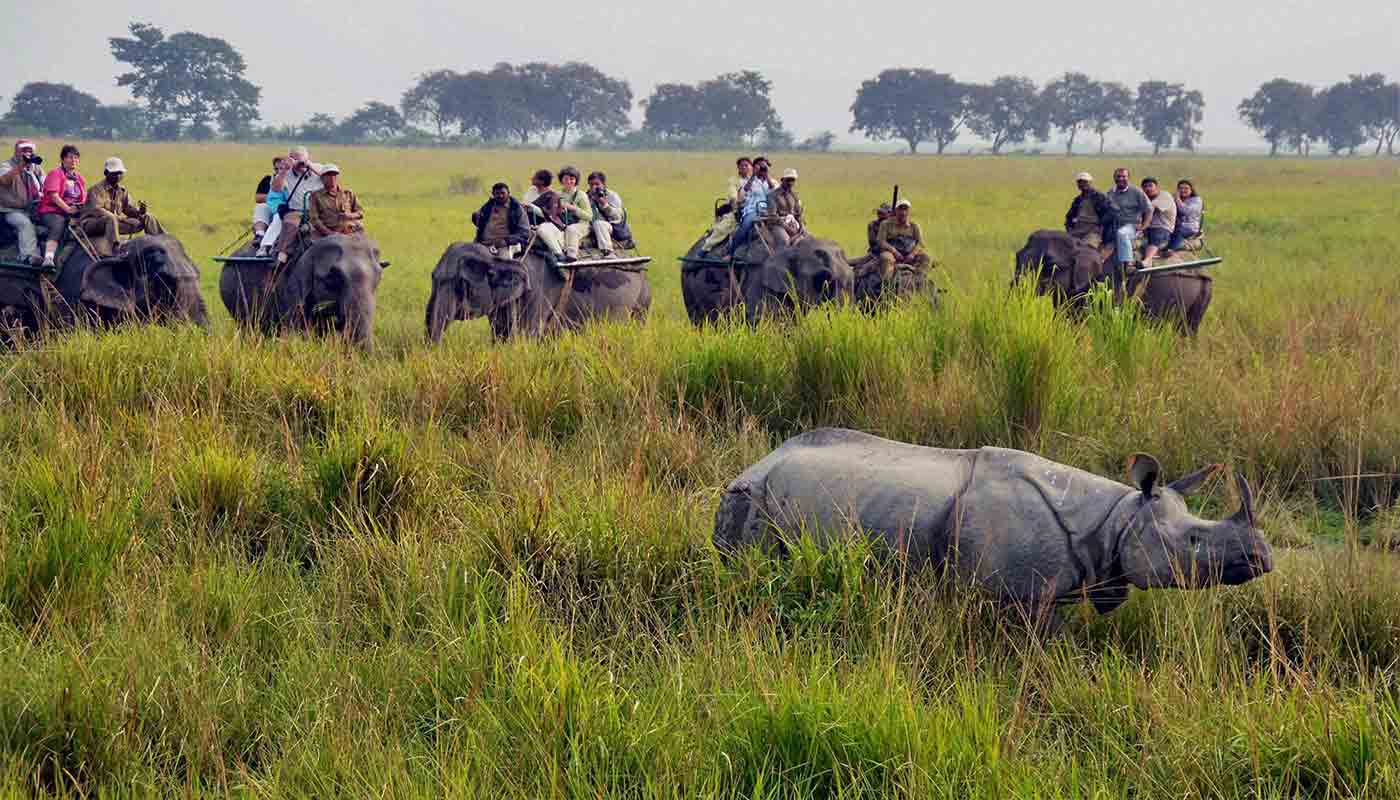 Dotted on the north eastern hand of the map, Kaziranga is one of the most loved national parks in India. Why? The answer is its verdant greenery being abode to World’s two third population of endangered Indian one-horned rhinoceros. And that’s not all as this tourist hub also shelters the highest density of tigers in the world. 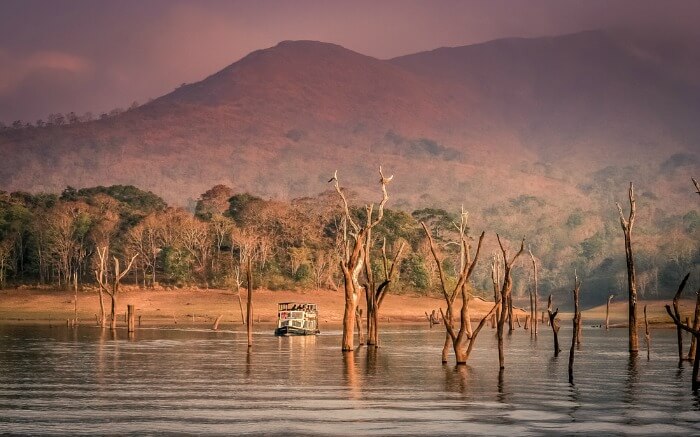 It’s time to take a jungle safari in South India by steering down to Periyar. Commonly known as Periyar National Park, this tourist spot is famous for housing elephants and tigers. It is a major love for those who love rafting for rivers Pamba and Periyar run through the park. 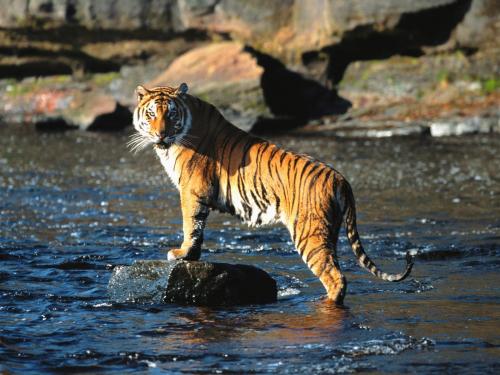 Owning its name from the exquisite Sundari trees, this national park is another great place for spotting royal Bengal tigers. Ganges River dolphin and estuarine crocodile are some other species that make this UNESCO World Heritage Site famous. Sunderbans calls for adventure lovers from around the globe to book wildlife tour packages in India for a visit.

Call it Gir National Park for Sasan Gir, this is the only wild realm in India of the Asiatic Lions. Spread over an area of 1412 sq. km, Sasan Gir was once the hunting grounds for Indian rulers and their British colonist guests. Interestingly, population of the Asiatic lions here has seen a drastic rise from 411 in 2010 to 523 in 2015.

Sharing its name with Hemis Gompa, the famous monastery of Ladakh, is the home to a great snow leopard population. And that’s the reason why it is also called the Snow Leopard Capital of India. Started in 1981, Hemis boasts of being the only national park towards the north of the Himalayas.=

Best time to visit: May to October It’s time to explore this popular pick from the state of Himachal Pradesh, The Great Himalayan National Park. Honored as a UNESCO World Heritage Site, is known for its remarkable sense of preserving the biodiversity. And hence is home to great floral species and over 375 faunal species.

Best time to visit: March to June; September to November Let’s gear up for a jungle safari in Maharashtra’s famous Tadoba National Park. This wildlife hub has been a major spot for its flora and fauna. Tigers, Sloth bears, Indian leopards, Dhole, Nilgai, Gaur, and Striped Hyena are the noteworthy animals here. 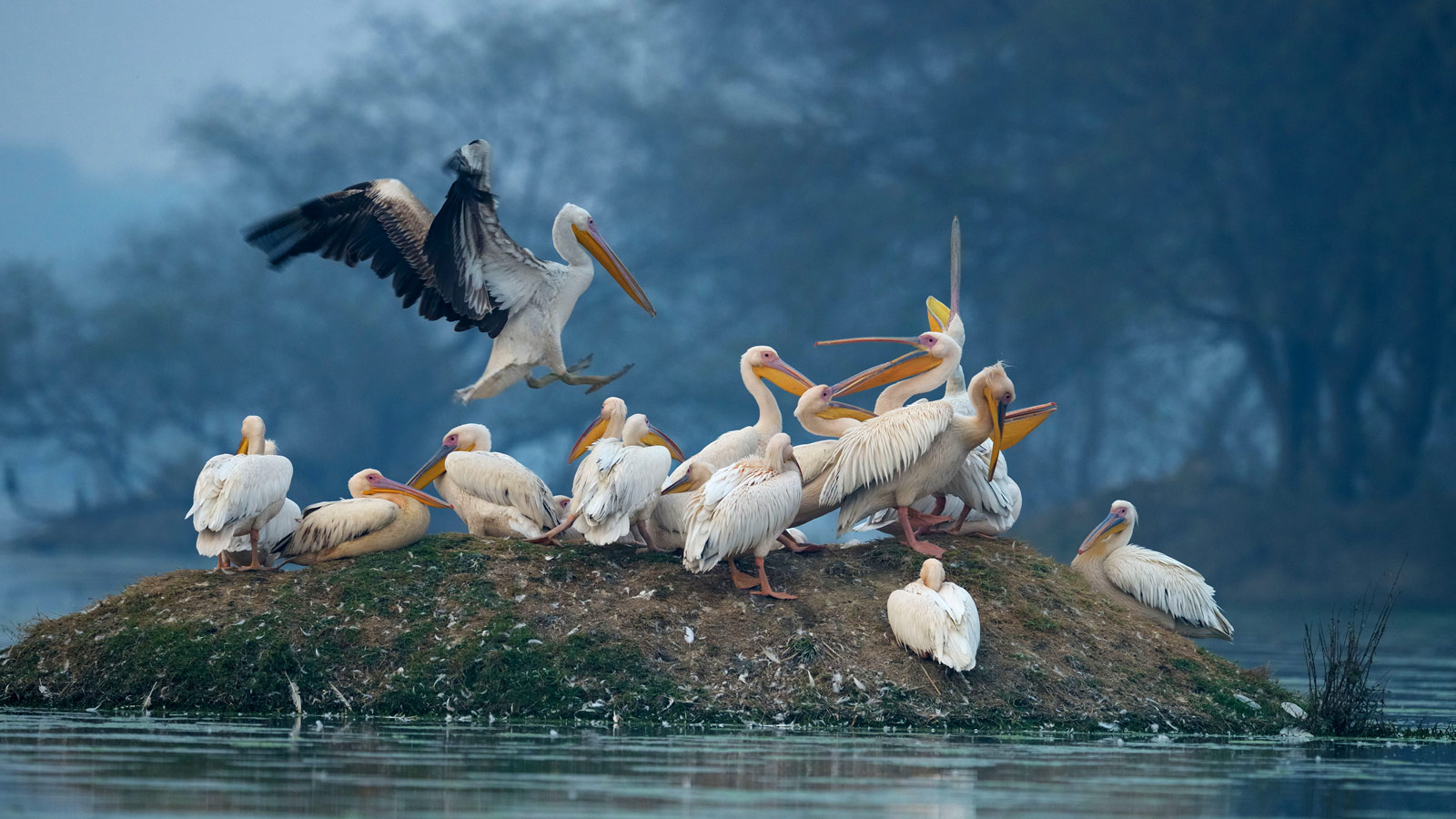 If you are planning a vacation in Rajasthan, then it is definitely incomplete without a visit to this UNESCO World Heritage Site. Also known by the name Keoladeo Ghana National Park, it is a paradise for bird lovers with over 230 species.

No one can probably ditch a chance to visit Valley of Flower National Park and I will tell you why. Blooming from the first rain of monsoon, the national park is home to snow leopard, brown bear, Asiatic black bear, musk deer, blue sheep and red fox. Some rare high altitude birds also take shelter here.

As we come close to the end, there is another star of Madhya Pradesh I had to introduce you. Pench snuggled in Chhindwara and Seoni districts of the state is popularly known for tigers, and certain species of reptiles, amphibians and mammals. I saved the best for the last, Bandipur National Park. It is the exact you should be in if you have an eternal love for tigers. As it has the highest population of tigers in India.

Best time to visit: October to May

Rekha Bisht is a travel enthusiast who loves to visit the most popular as well as offbeat places of the world. She loves to share her travel experiences with fellow travelers. For planning memorable holidays in India or any world destination, you follow her write-ups.